Jury for the Prosecution: CIA Whistleblower Stirling in Tough in Court 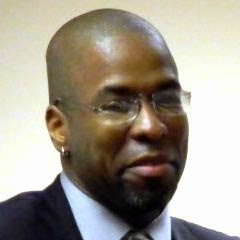 When the trial of former CIA officer Jeffrey Sterling got underway Tuesday in Northern Virginia, prospective jurors made routine references to “three-letter agencies” and alphabet-soup categories of security clearances.

In an area where vast partnerships between intelligence agencies and private contractors saturate everyday life, the jury pool was bound to please the prosecution.

In a U.S. District Court that boasts a “rocket docket,” the selection of 14 jurors was swift, with the process lasting under three hours. Along the way, Judge Leonie M. Brinkema asked more than a dozen possible jurors whether their personal connections to the CIA or other intel agencies would interfere with her announced quest for an “absolutely open mind.”

From what I could tell, none of those with direct connections to intelligence agencies ended up in the jury box. But affinities with agencies like the CIA seemed implicit in the courtroom. Throughout the jury selection, there was scarcely a hint that activities of those agencies might merit disapproval.

Just how familiar was the jury pool with critiques of the CIA? Hard to say, but here’s one indicator: When Brinkema asked for a show of hands among the prospective jurors — nearly 100 in the room — to indicate how many had read James Risen’s bestselling book State of War: The Secret History of the CIA and the Bush Administration, a grand total of zero hands went up.

That book, with its tough investigative reporting that exposed malfeasance, incompetence, cruelty and mendacity in the CIA’s leadership, is at the core of the case against Sterling. He’s charged with giving the author classified information — about the CIA’s Operation Merlin, a dangerous maneuver that provided flawed nuclear weapon blueprints to the Iranian government in 2000.

Sterling was one of the few African American case officers to work for the CIA. He is now faced with a jury of his ostensible peers that includes no African Americans. (Twelve of the jurors are white. Two others appear to be of Asian and Middle Eastern ancestry.)


From the outset, in January 2011, when the Department of Justice announced an indictment against Sterling with ten counts — seven under the Espionage Act — the official attack on his character was classic defamation of a whistleblower. The government denounced Sterling for “underlying selfish and vindictive motivations,” and unsuccessfully tried to persuade a judge that he should be jailed pending trial because it was “incomprehensible to believe that [Sterling] will not retaliate in the same deliberate, methodical, vindictive manner.”

Fast forward four years, to Tuesday afternoon, when prosecuting attorney James Trump told the jury in the government’s opening statement that Sterling had committed crimes of betrayal due to his “anger, bitterness, selfishness.”

The Obama Justice Department’s theory of the case is that Sterling became vengeful against the agency when he failed to win a legal complaint against it for racial discrimination.

A lot of smoke will be blowing through the U.S. District Court in Alexandria during the next few weeks. The Obama administration remains in overdrive, tanked up to send Jeffrey Sterling to prison for a long time. The CIA hierarchy, now operating with enormous impunity, is clearly eager to see him punished in a big way.

The CIA’s allies in the Justice Department are insisting in the courtroom that Sterling could not possibly have had valid concerns when he blew the whistle on Operation Merlin by going to the Senate Intelligence Committee about it in 2003. Along the way, the government is eager to throw mud at Risen’s reporting, which concluded that Merlin “may have been one of the most reckless operations in the modern history of the CIA.”

Norman Solomon is the executive director of the Institute for Public Accuracy and the author of War Made Easy: How Presidents and Pundits Keep Spinning Us to Death. He is a co-founder of RootsAction.org.

This article was originally published at ExposeFacts.org.